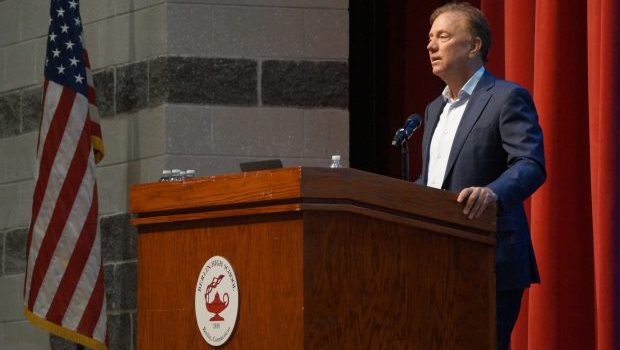 As superintendents gathered this morning for the State Department of Education’s annual back-to-school meeting, hopes were high for a more normal school year, even as children continue to struggle with mental health challenges and districts face shortages of teachers and other school staff.

Governor Ned Lamont, pictured at right, welcomed superintendents to the event held at Berlin High School, commenting on how normal today’s event felt while recognizing the challenges facing schools after two and a half difficult years.

“On behalf of our teachers, I’d like to say, they’ve got as tough a job as ever right now,” Lamont said. “These kids are walking in with a lot of different stuff, and I think the best people to help these kids are our outstanding teachers. Let our teachers teach! Stop telling them to do this and not do that. ‘You can’t say gay, you’re overemphasizing slavery, you’re overemphasizing the Holocaust.'” 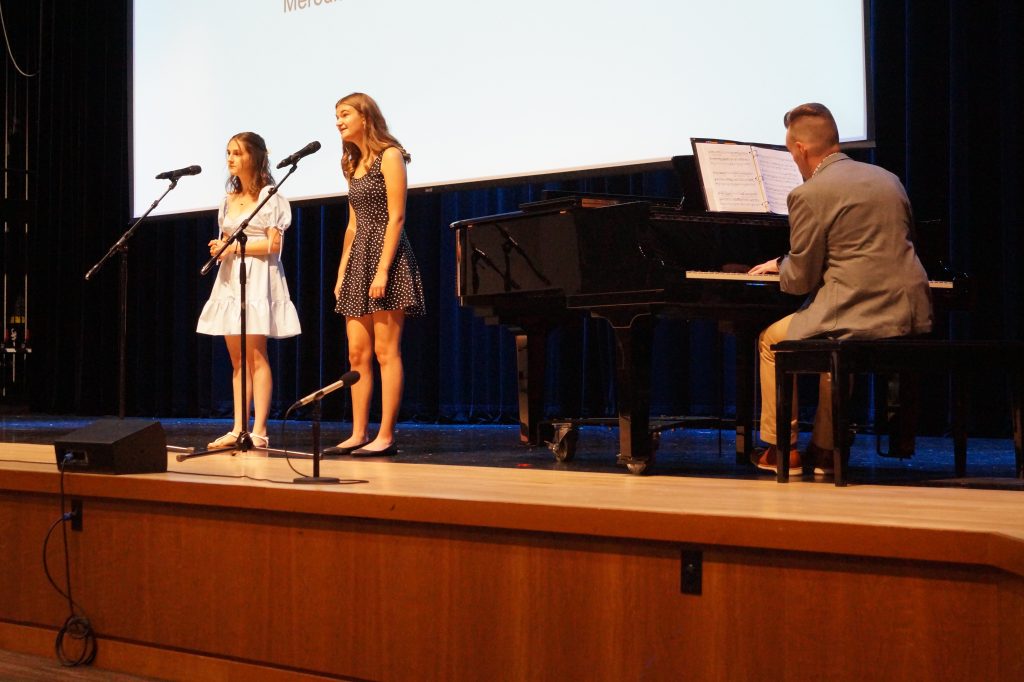 He continued, “You’ve got the greatest teachers in the world, they’re role models, they understand these kids, and we ought to give them the freedom to teach and the latitude to teach, and I strongly believe we’ll continue to attract the best and the brightest teachers in the world right here to Connecticut. Show them the respect, show them the dignity of everything they’re doing on behalf of our kids.”

CEA President Kate Dias said that teachers are looking forward to a school year full of collaboration and inspiration that will allow them to bring out the best in students, but cautioned that the stress and lack of respect teachers have faced in recent years must be addressed.

“Educators are refreshed and energized for the new challenges ahead, but the sustained stress, and decades of low pay, poor working conditions, and lack of respect are taking a toll and if not addressed, the shortage of qualified educators will worsen,” she said. “We must all work together to support our dedicated professionals, so that our children have the highly qualified teachers they deserve today, tomorrow, and in the future.”

“The challenges of the last two years are not lost on us,” said Education Commissioner Charlene Russell-Tucker. “We’ve been in the trenches, trying to solve problems moment to moment.” 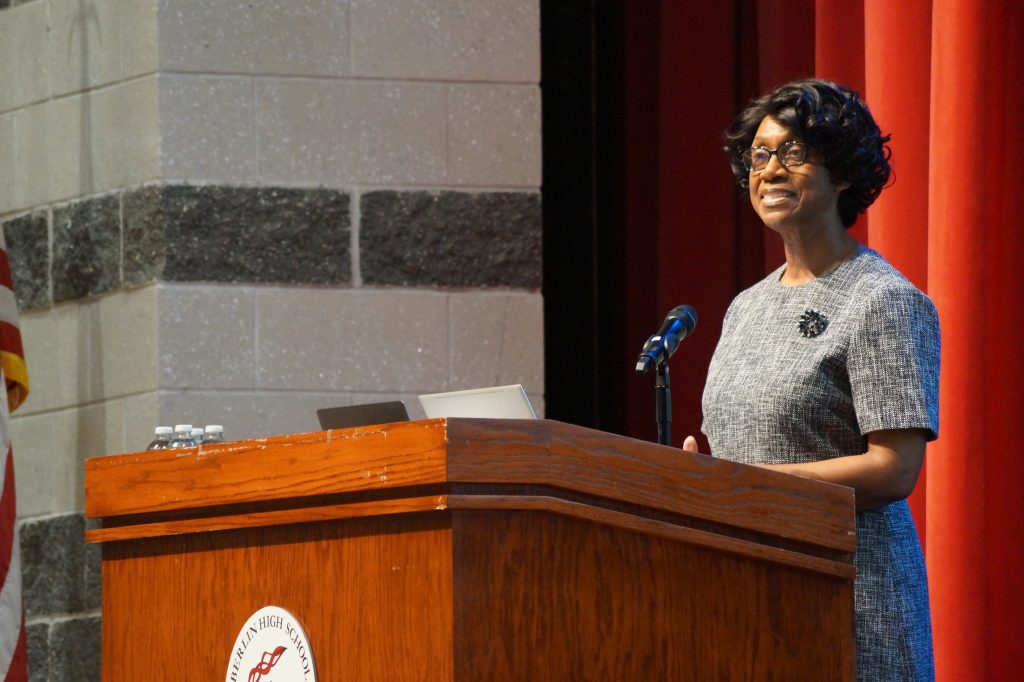 She committed that the Department of Education will work to promote what’s right in education and support students’ and staff’s social emotional, physical, and mental health.

“Our educators and school staff worked heroically these last years,” she told superintendents. “We will continue to work with you to support them.”

Reaching for the stars

This morning’s keynote speaker Dr. Bernard Harris, a veteran astronaut and the executive director of the National Math and Science Initiative, inspired attendees with stories of his trips to space and remarks about helping all students follow their dreams and fulfill their potential.

During his early years, growing up in inner city Houston, Texas, Harris said many might not have expected much of him—a Black child of divorce with a father who had an alcohol abuse disorder. 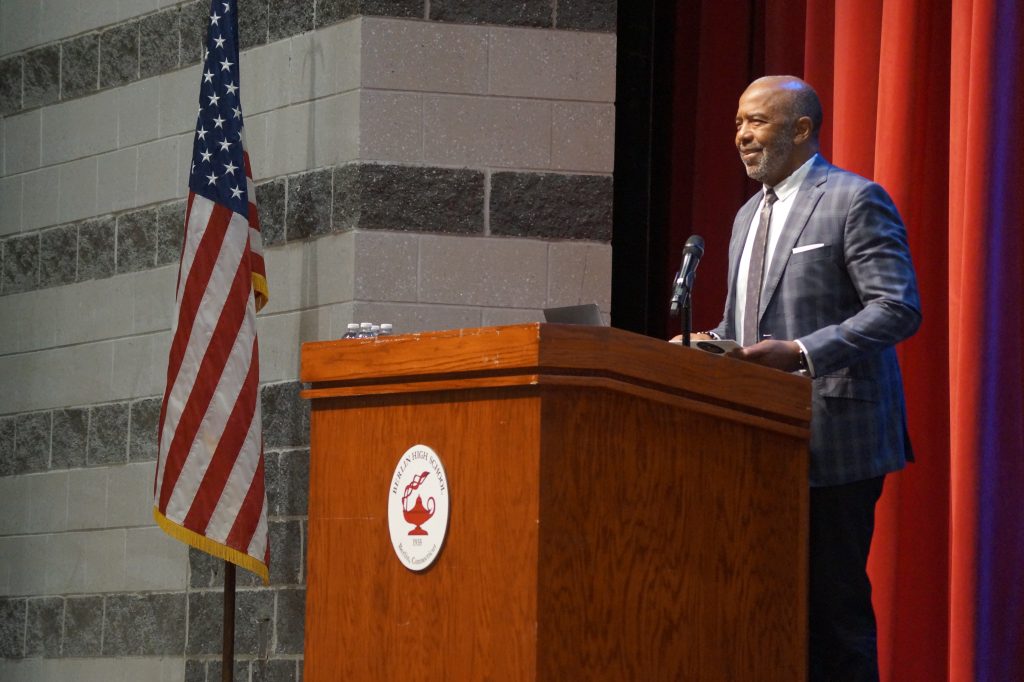 Dr. Bernard Harris, a veteran astronaut and the executive director of the National Math and Science Initiative, is working to inspire today’s students to dream big and pursue those dreams.

“I know you have students with that similar background,” he told superintendents. “When you look at me, kids coming from that background can do great things, and we should not give up on them.”

Harris’ mother, an educator, moved her children to Arizona for a teaching job with the Navajo Nation, and Harris’ encounters with the Grand Canyon, the Painted Desert, and the Petrified Forrest expanded his views of what he could become. He would watch the stars come out at night and wonder about them, and after watching Neil Armstrong and Buzz Aldrin walk on the moon, he told his mom, “I want to be an astronaut.”

Harris succeeded in his ambition. After completing his medical training, he joined NASA Johnson Space Center as a clinical scientist and flight surgeon, and traveled aboard two space shuttles in 1993 and 1995, logging a total 438 hours in space.

In his work with the National Math and Science Initiative, Harris’ job is now to inspire the next generation of children to dream big and gain confidence that they can make those dreams come true.

He continued, “As we think about what students’ education needs are, we need to inspire them and provide an environment where they have aspirations. If we do that, then the sky is not the limit.”

Watch video of the entire event.